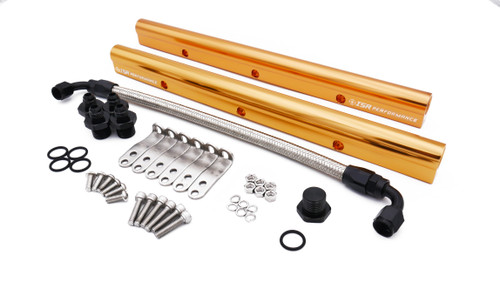 The ISR Performance fuel rail kit is for those who want to add more fuel capability especially when wanting to run E85 and deliver efficient and maximum flow to your engine. The Gold Anodize fuel rail Includes 6AN adapter and crossover fuel line but does have 8AN ports if more flow is needed. This is a universal kit for use on a OE LS1/6 intake manifold and LS1 height injectors.